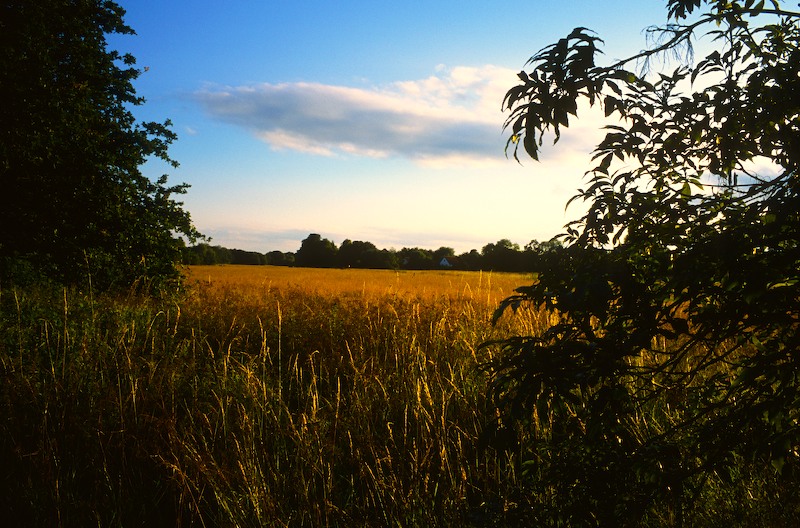 Made over a period of eight years, Not Exactly Nature Writing reveals Justin Partyka's intimate and personal experience discovering the local landscape of the late nature writer Roger Deakin (1943-2006), who lived in Mellis, Suffolk for almost forty years.

The photographs begin at Deakin's home Walnut Tree Farm, where Partyka visited shortly after the writer's untimely death in 2006. They continue out into the surrounding landscape of Mellis common and along the ancient route of Cowpasture Lane with new work made during the summers of 2012-2014. These locations feature in Deakin's three celebrated books: Waterlog (1999), Wildwood (2007), and Notes from Walnut Tree Farm (2008).

Partyka writes of these photgoraphs, "Deakin wrote about Mellis. My way to come to know a place is by photographing it." Not Exactly Nature Writing is not only a search to try and uncover what attracted Roger Deakin to this little patch of Suffolk; the work also continues Partyka's commitment to nd his native region of East Anglia through the process of making photographs.

The book features eighty-two pages with thirty-eight photographs on Mohawk 148 gsm uncoated paper, and an essay by Partyka.

Not Exactly Nature Writing is the first in a new series of soft-cover print-on-demand publications, which will make available Partyka's numerous and mainly unseen bodies of work made in rural East Anglia and beyond.